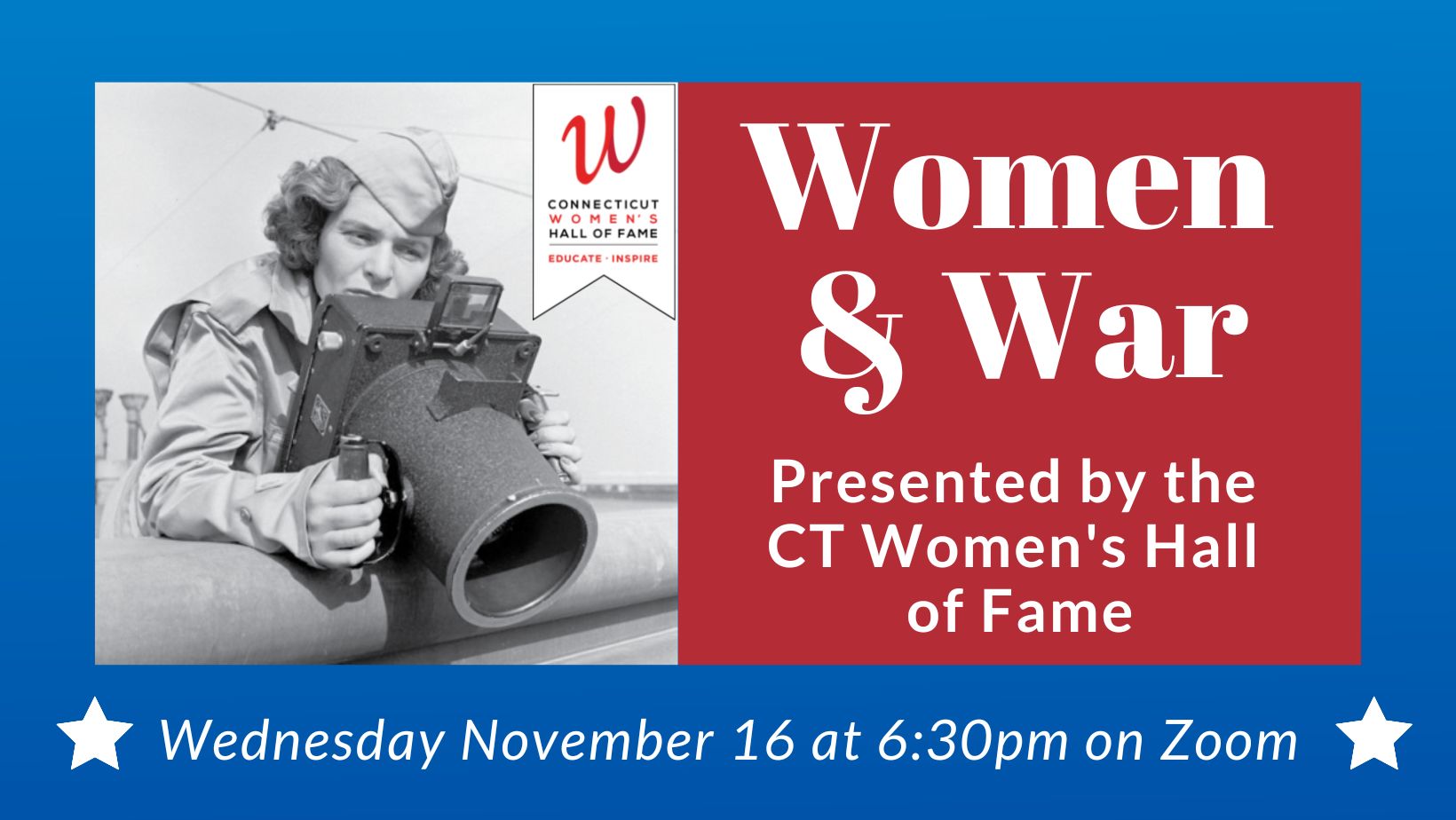 Celebrate Veteran’s Day with a presentation by Louisa Iacurci of the Connecticut Women’s Hall of Fame!

Women have been involved in military conflicts from the beginning of time; some as warriors, some as spies, and others who made the munitions or simply called for peace. Connecticut women are among the finest and bravest who have stood for their cause – sometimes defying gender norms, and often without the recognition they deserved. CWHF Inductees prove that women are just as tough as men and will inspire others to shatter gender barriers. Learn about a teenager who helped save Danbury during the Revolutionary War, how Harriet Beecher Stowe sowed the seeds of conflict leading to the Civil War, and how Margaret Bourke-White’s photography brought civilians to face to face with the war front for the first time.

Registration is required to receive a link to this ONLINE event