The Annual Fund is a crucial ingredient for our success, since these funds are added to the operating income we generously receive from the Town. Your donations go directly to the purchase of books, movies, and technology plus the support of countless programming opportunities throughout the year, making the James Blackstone Memorial Library the intellectual and cultural heart of Branford. The James Blackstone Memorial Library is a 501(c)(3) non-profit organization and your contribution is deductible to the full extent permitted by law. Individuals, local organizations, and businesses may all join the Leadership Circle.

Please consider donating at one of these leadership levels:

Timothy Blackstone was the son of James Blackstone. Born in Branford, he made his way west and worked his way up to become president of the Chicago & Alton Railroad. He funded the library’s construction with a gift of $300,000 to the Town of Branford. In addition to the cost of the building, Timothy gave an endowment of $300,000 and a collection of 5,000 books.

James Blackstone was a Branford native and lifelong resident. A farmer by trade, he served as a captain in the Connecticut Militia and was an honored community leader. He died in Branford in 1886, and in 1890, the town reached out to his son, successful businessman Timothy Blackstone, to help fund construction of the new library.

Lucy Hammer was active in Connecticut politics for more than 40 years, including three terms in the General Assembly and six terms as a State Senator. In 1967 she became the first woman to serve as Assistant Majority Leader. She was one of the area’s most important political leaders, and always a supporter of the Blackstone.

Chicago Architect Solon S. Beman designed the iconic building, and visualized the classic Ionic look of the columns, marble doorways and the egg and dart molding based on the Acropolis.

Ella Wheeler Wilcox was a Branford author and poet whose portrait hangs over the Lucy Hammer Conference Room. Her most enduring work was “Solitude“, which contains the lines, “Laugh, and the world laughs with you; weep, and you weep alone.”

Oliver Dennett Grover was a painter, also from Chicago, who designed and created the murals in the dome of the Blackstone. 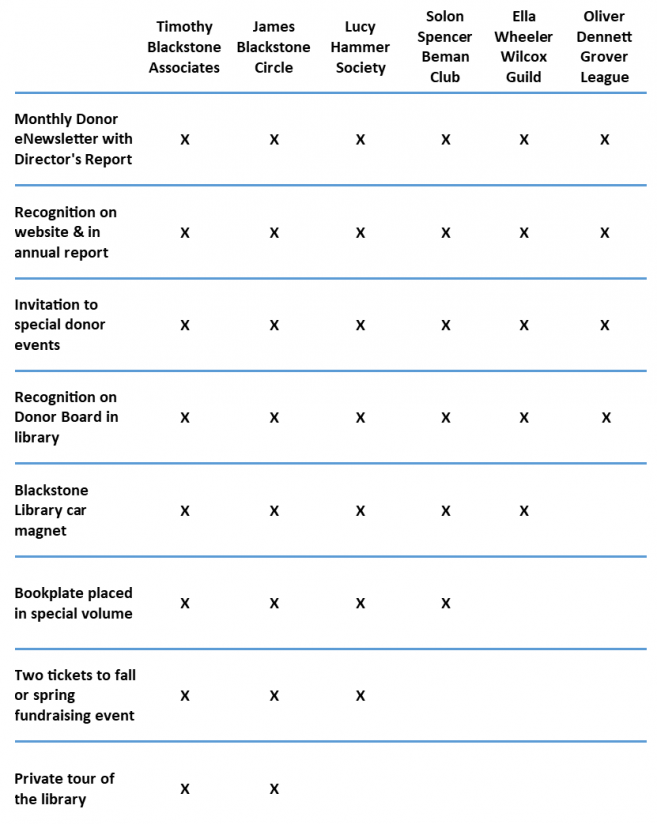