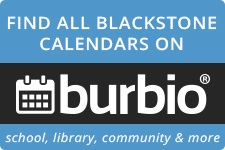 The Blackstone Library is a superb example of popular architectural motifs of the 1890s. Every piece of the building, no matter how functional or utilitarian, is decorated in some way. You would be hard pressed to find a single plain, boring surface in the library and it’s one of the things we love most about it. If you look closely, you’ll notice the same decorative accents repeating throughout the building in wood, metal, and stone. We covered the humble rosette in a previous 125th Anniversary Fact, and this week we’re discussing another: The Anthemion.

The Anthemion was an extremely popular decorative motif and is very common in Greek inspired architecture like the Blackstone. According to the Encyclopedia Britanica, the design consists of a number of radiating petals, developed by the ancient Greeks from the Egyptian and Asiatic form known as the honeysuckle or lotus palmette. The anthemion was used widely by the Greeks and Romans to embellish various parts of ancient buildings. The Greeks originally decorated only pottery with the motif, but they soon adapted it to ornament architecture.

The next time you’re at the Blackstone Library, see how many you can spot!

Everyone is invited: Blackstone Birthday Bash June 25th — mark your calendars and join us!

The Blackstone 125th Birthday Bash will be held Saturday, June 25, at the Blackstone Library. Featuring special events and activities for the entire family. END_OF_DOCUMENT_TOKEN_TO_BE_REPLACED

Friends Virtual Book Cart is Back!

The Friends of the Blackstone has re-opened its ‘Virtual Book Cart’, an easy way to obtain lightly used books, mostly fiction – in both hardcover and trade paperback format, at nominal prices ($3 for hardcover and $2 for trade paperback). Also included will be some limited newer nonfiction and popular fiction titles for your wish list.  Click for more information

In partnership with the Branford Arts and Cultural Alliance (BACA), the Blackstone Library invites artists to complete an application to exhibit their work in 2022.  At least 3-4 examples of the artist’s work must be submitted with the application.  The library is especially interested in working with artists who will consider combining an exhibit with an opportunity for a demonstration or discussion.

END_OF_DOCUMENT_TOKEN_TO_BE_REPLACED

To help celebrate the Blackstone’s 125th anniversary, we’ve created a list of 125 books we love!

Blackstone staff members contributed titles to the list, which features books in a variety of genres. And to make things even more special, we turned it into a fun paper craft you can do to create your own mini-booklet and holder!

If you’re feeling artsy, check out our Blackstone Library coloring pages. Simply download and print to have some coloring fun! END_OF_DOCUMENT_TOKEN_TO_BE_REPLACED

Celebrate 125 Years of the Blackstone Library with a Commemorative Card

In June of 1896, the Blackstone Library first opened its doors to the public. Since then, the library has provided essential access to resources, information, and unique shared experiences. This year, the James Blackstone Memorial Library is celebrating 125 years of engaging, informing, and empowering the Branford community.To mark this important milestone, the library has created two new library card designs, showcasing the history and beauty of the library building. These new limited-edition cards are now available to new and existing library card holders. END_OF_DOCUMENT_TOKEN_TO_BE_REPLACED 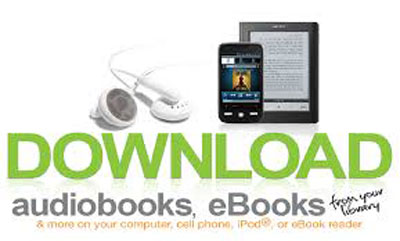