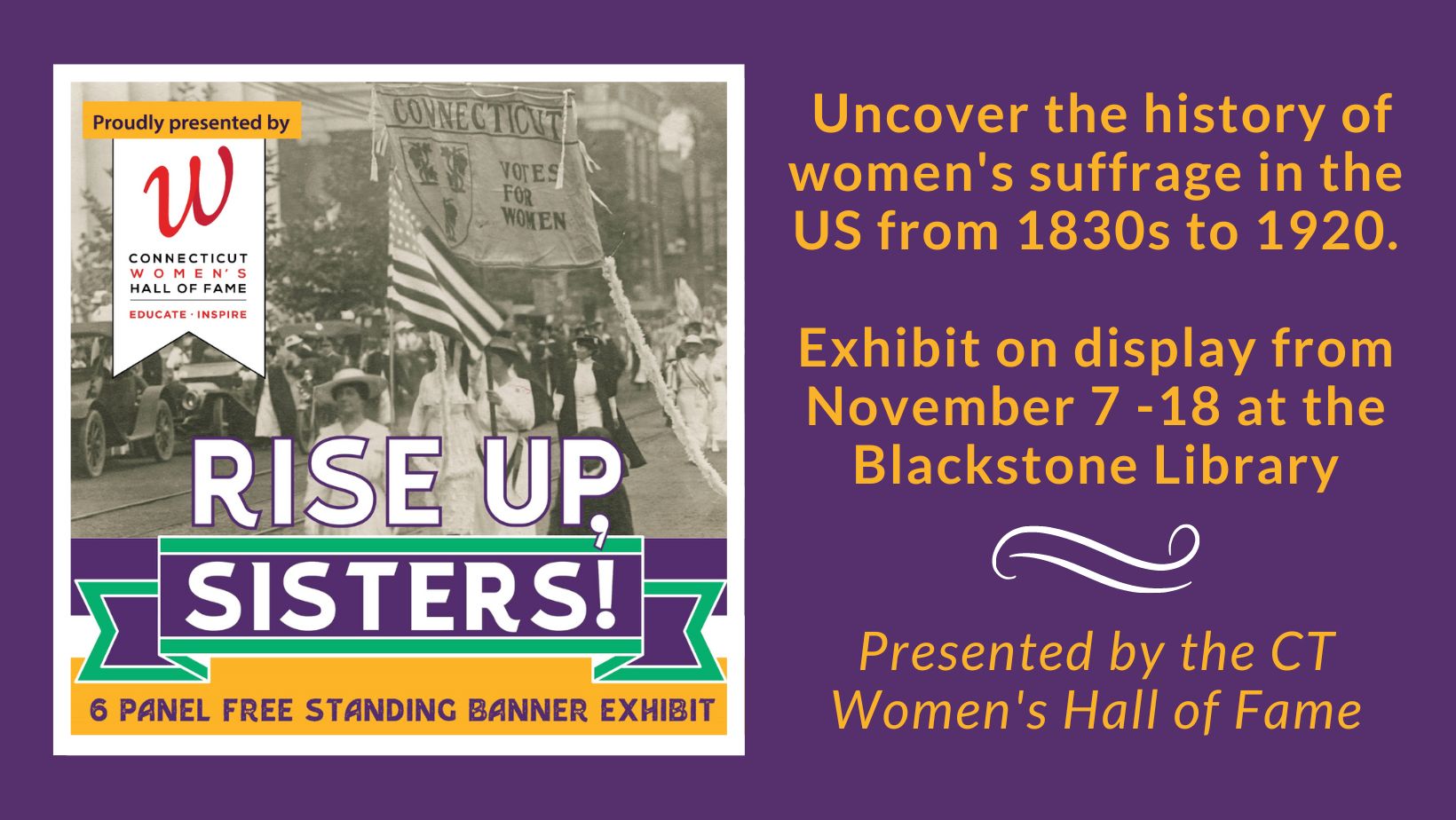 Uncover the history of women’s suffrage in the US from 1830s to 1920! This display chronicles the diverse group of Connecticut women who were instrumental in the movement for woman suffrage. The banners tell many different stories, from the Smith sisters of Glastonbury who spoke up about injustices against women and helped to spark others to follow in their footsteps, to Alice Paul, who put her life on the line to force the issue on a national level and whose tenacity helped to sway public opinion in the final hours.

Presented by the Connecticut Women’s Hall of Fame

Exhibit on display from November 7 -18 at the Blackstone Library