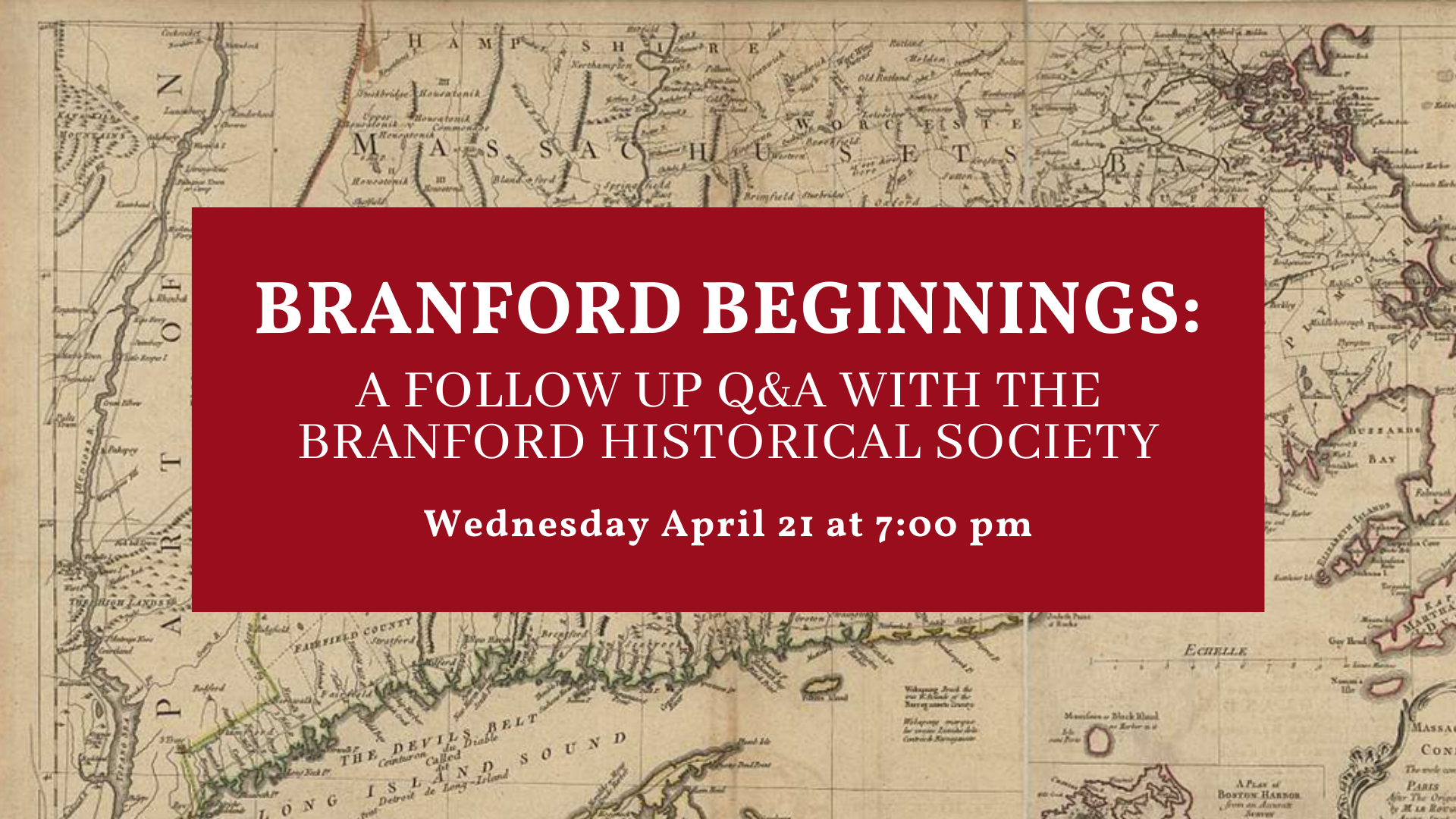 How did our town of Branford come to be? Mr. Joseph Naylor is returning to once again review the settling of Branford in 1644 from the perspective of his ancestor, Mr. William Swaine, and take questions on the early history of Branford.

William Swaine led the group of Puritans that came down from Wethersfield to settle what is now our town and was a participant in many major historical events of the era. Learn how extraordinary events of the time, such as migration to New England by Puritans fleeing persecution by the English Monarchy and the Church of England, the English Civil War, the Pequot war of 1637, and a split among the Puritans into conservative and liberal factions all contributed to the founding of Branford.

Missed this program? Check out a recording of it and many others on our YouTube Channel!