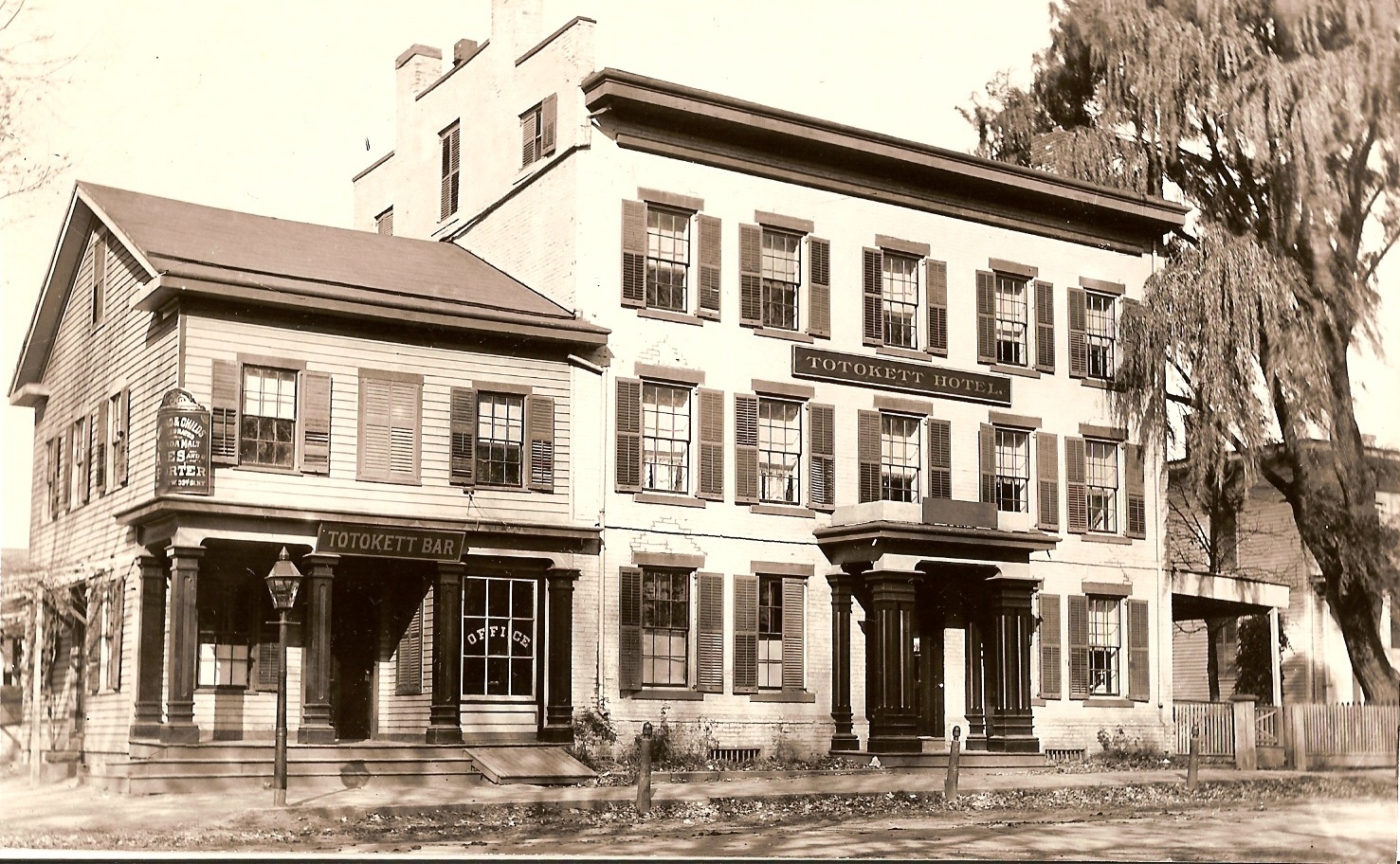 One of Branford’s landmarks was the old Totokett Hotel on Main Street. The three story brick structure was built in 1755 by Ezekial Hayes of New Haven. The bricks were manufacturer by Hayes, a scythe and axe maker, who owned a blacksmith shop on the north side of the Branford Green. The building was so large and costly for its day that the people called it “Hayes Follie”. His wife was Rebecca Russell daughter of Rev. Samuel Russell who was the long time pastor of the Branford Church.

The property was sold in 1794 by Ezekial Hayes and Giles Barker ran a tavern there. Lorenzo Blackstone later converted it to a hotel calling it Totokett which was the colonial name of Branford. The hotel was often the site of town events such as the dinner celebrating the 200th anniversary of Branford. President Rutherford B. Hayes the great-grandson of Ezekial and Sarah (Russell) Hayes visited Branford in 1880. A large reception was held on the Green in front of the hotel where the President gave a speech and was presented an axe made by his great-grandfather.

During this century the Totokett Hotel was for many years owned by James O’Connor. He added a drug store, saloon, a movie theater next door and rented space to various other businesses.  In 1971 a fire gutted the old Totokett Hotel and only the first floor was saved. In 1986 it was enlarged and renamed by the owners The Esposito Building; the Espositos operated a book store in the building until 2018.