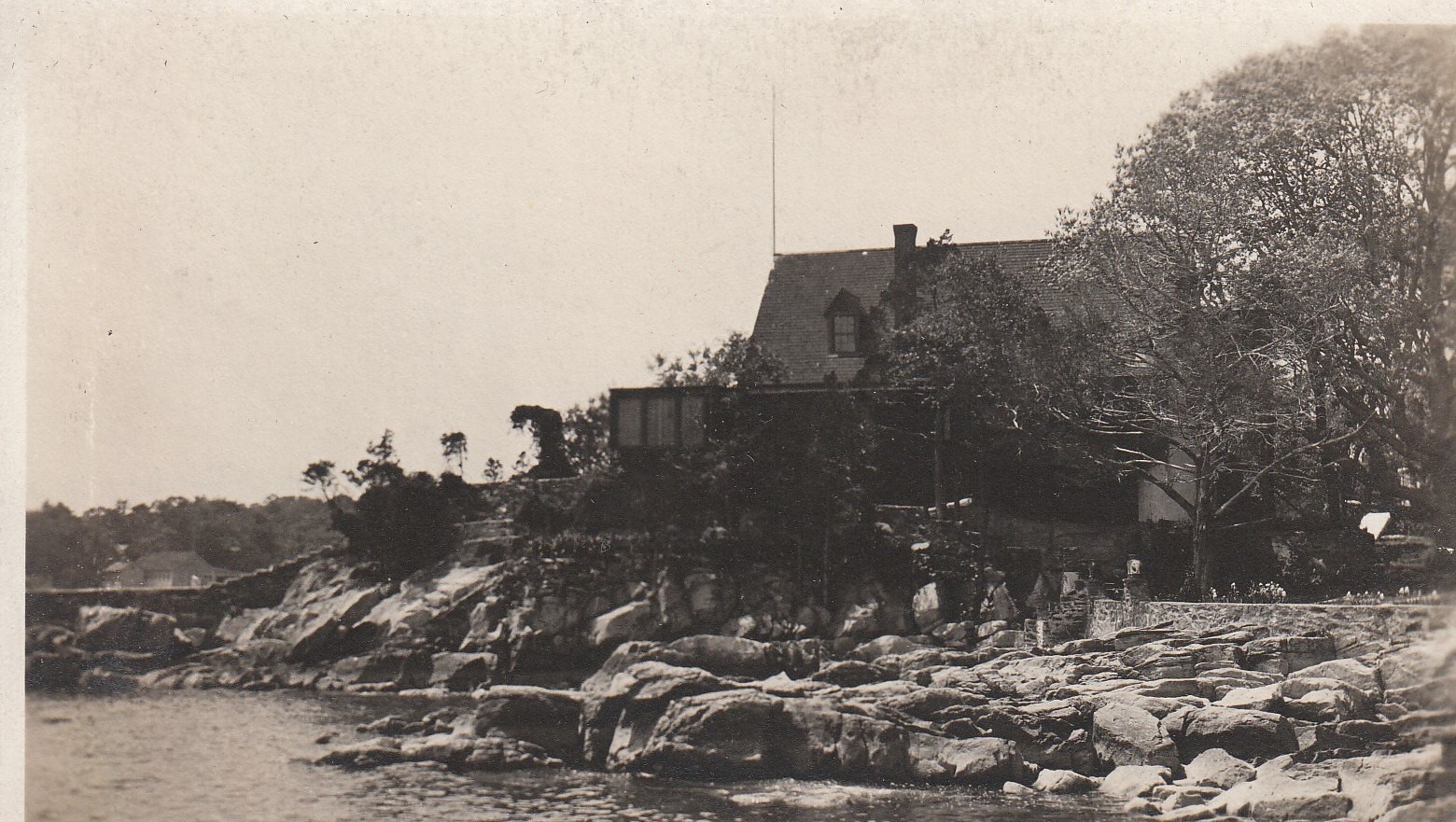 “Laugh, and the world laughs with you;
Weep, and you weep alone.”

She was known as the “Poetess of Passion” and was Short Beach’s most famous resident. Ella Wheeler Wilcox was born November 5, 1850 in Wisconsin of humble beginnings. She started writing poetry at the age of 5 and throughout her teenage years earned money by submitting her works to newspapers and literary magazines. Her first book Drops of Water was published in 1872 but her most famous book Poems of Passion published in 1883 brought her fame throughout the United States and Europe.

In 1884, Ella Wheeler married Robert Wilcox of Meriden whom she had met in Milwaukee. The couple lived for a time in New York City but in 1891 came to Short Beach and made it their year-round home. The Wilcoxes built a summer home on the rocks overlooking the bay and the cottage was named “The Bungalow.” They later built a winter home on the property called “The Barracks” and so went “north” for the winter. The two homes along with several other cottages built by the poet became known as “Bungalow Court” and the complex would be a meeting place for many social gatherings that brought together the literary and artistic figures of the day.

Elle Wheeler Wilcox was noted for her hospitality and particularly enjoyed dancing. She took private lessons from dancer Jennie May Beers of Short Beach and together they performed musicals at the Bungalow always dressed in interesting costumes of their own creation. The New Haven Saturday Chronicle of August 22, 1903, describes the annual fancy dress ball given by the poet in which “Ella looked wonderful dressed as an Indian maiden and Mr. Wilcox looked more like Napoleon than ever.” The poet was also an avid swimmer and helped to organize races during Short Beach’s Illumination Days, a forerunner of today’s annual Labor Day events.

The Wilcoxes traveled widely to the Orient and Europe and decorated their home with souvenirs from their trips. The highlight of her career was being selected to write a poem in memory of Queen Victoria upon her death in 1901. Though they traveled widely and spent much time away on business and pleasure Short Beach was always home.

Robert Wilcox died suddenly in Short Beach May 21, 1916 and she never really recovered from the loss. In 1918 Ella Wheeler Wilcox went to France to visit men who had been injured in the war. She fell ill during the trip and returned to Short Beach where she died October 30, 1919.