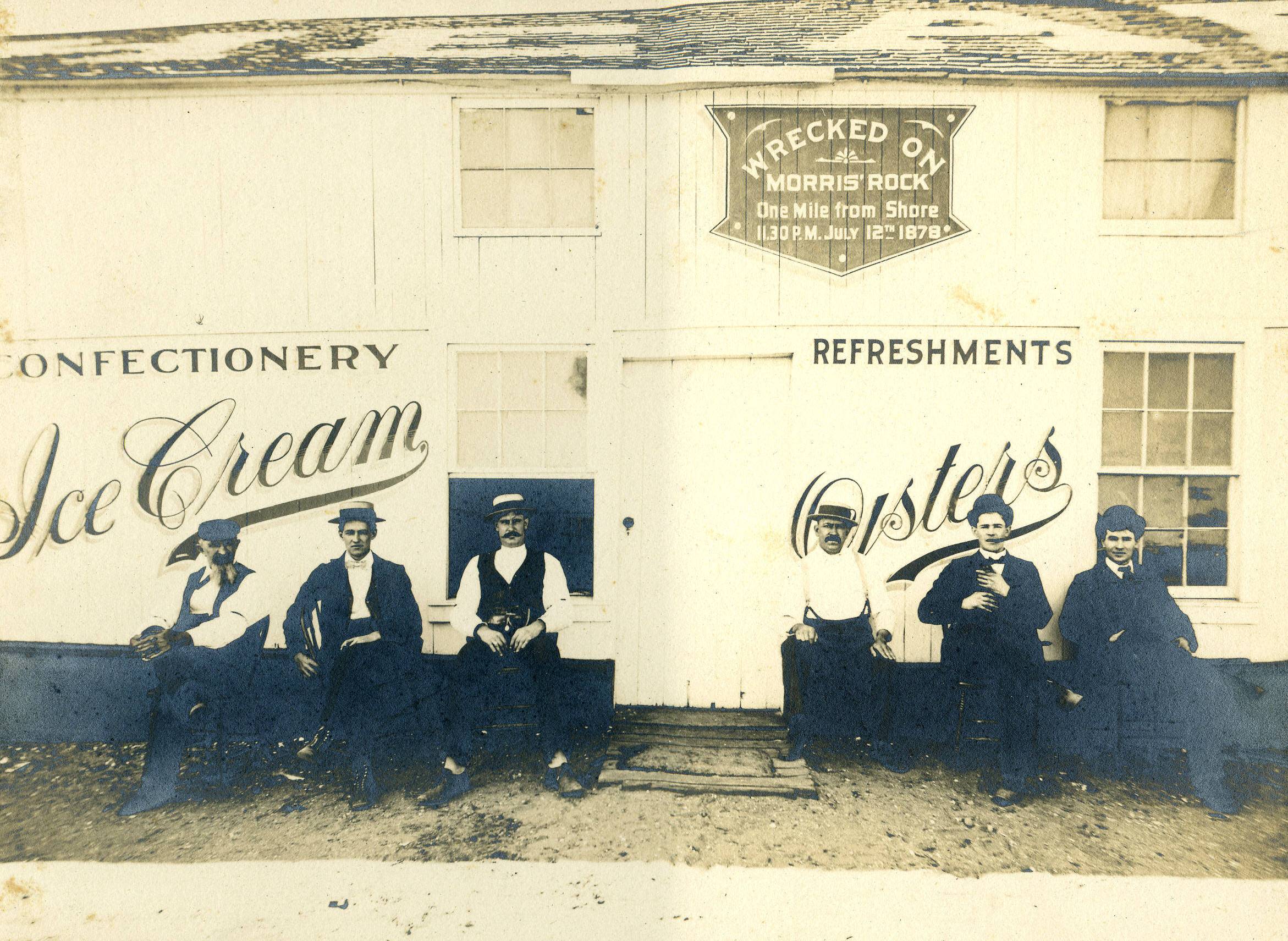 The most famous of Branford’s shipwrecks was that of the “Jenny Lind,” a 70-foot schooner from Sag Harbor that hit Morris Rocks off Sumac Island in Indian Neck on July 12, 1878. The schooner sank and scattered its cargo of pine boards into the Sound. The crew abandoned ship and were rescued by a passing fishing boat. George Averill laid claim to the boat and hauled it to the shore at the end of Linden Avenue. The boat was converted into a restaurant known as the “Ark,” which served shoreline dinners for many years.