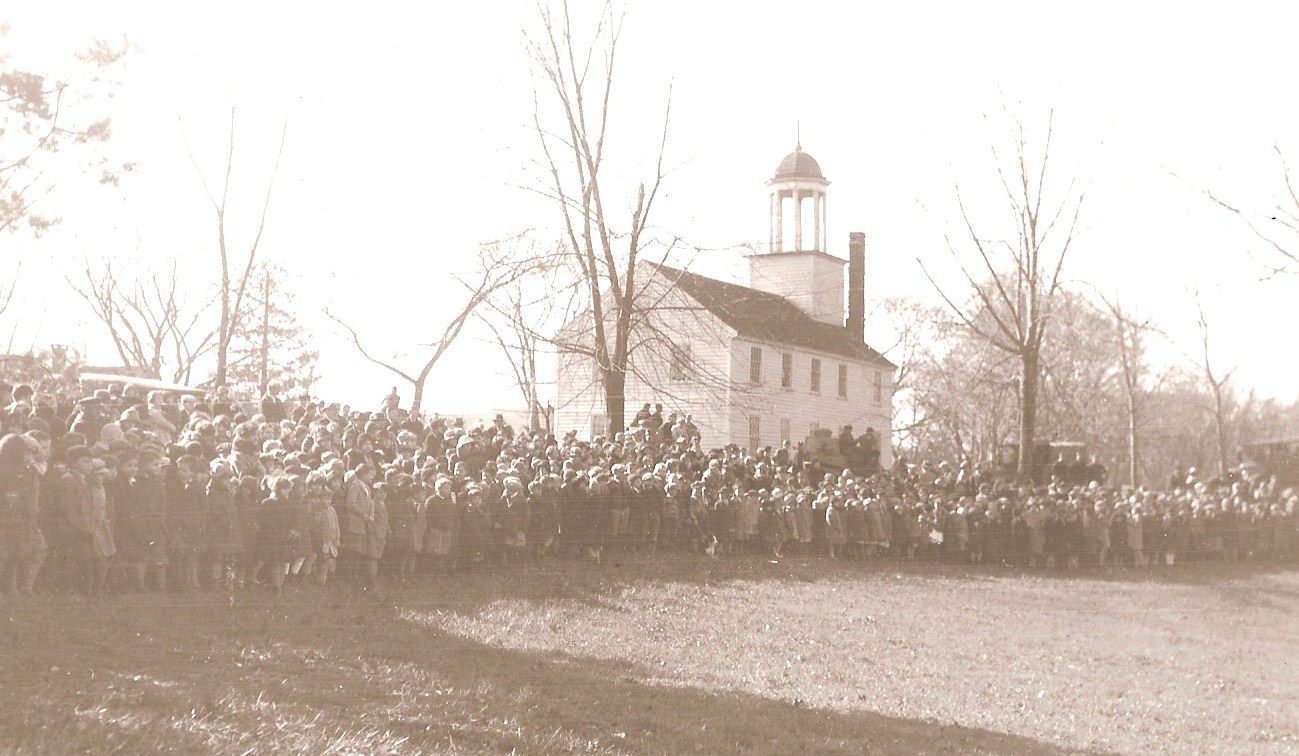 The Academy was opened in 1820 and pupils were taught by the Reverend Timothy B. Gillett (pastor of the First Congregational Church from 1808 to 1866). It was a private school; Gillett received permission from the Town to build it and taught there for twenty years. Originally on the site of the present Town Hall, the Academy was moved in the late 1860’s to the rear of the First Congregational Church. It was eventually sold to the Widow’s Son Lodge No. 66 and then returned to the town in 1972. It was moved to its present location in 1974.