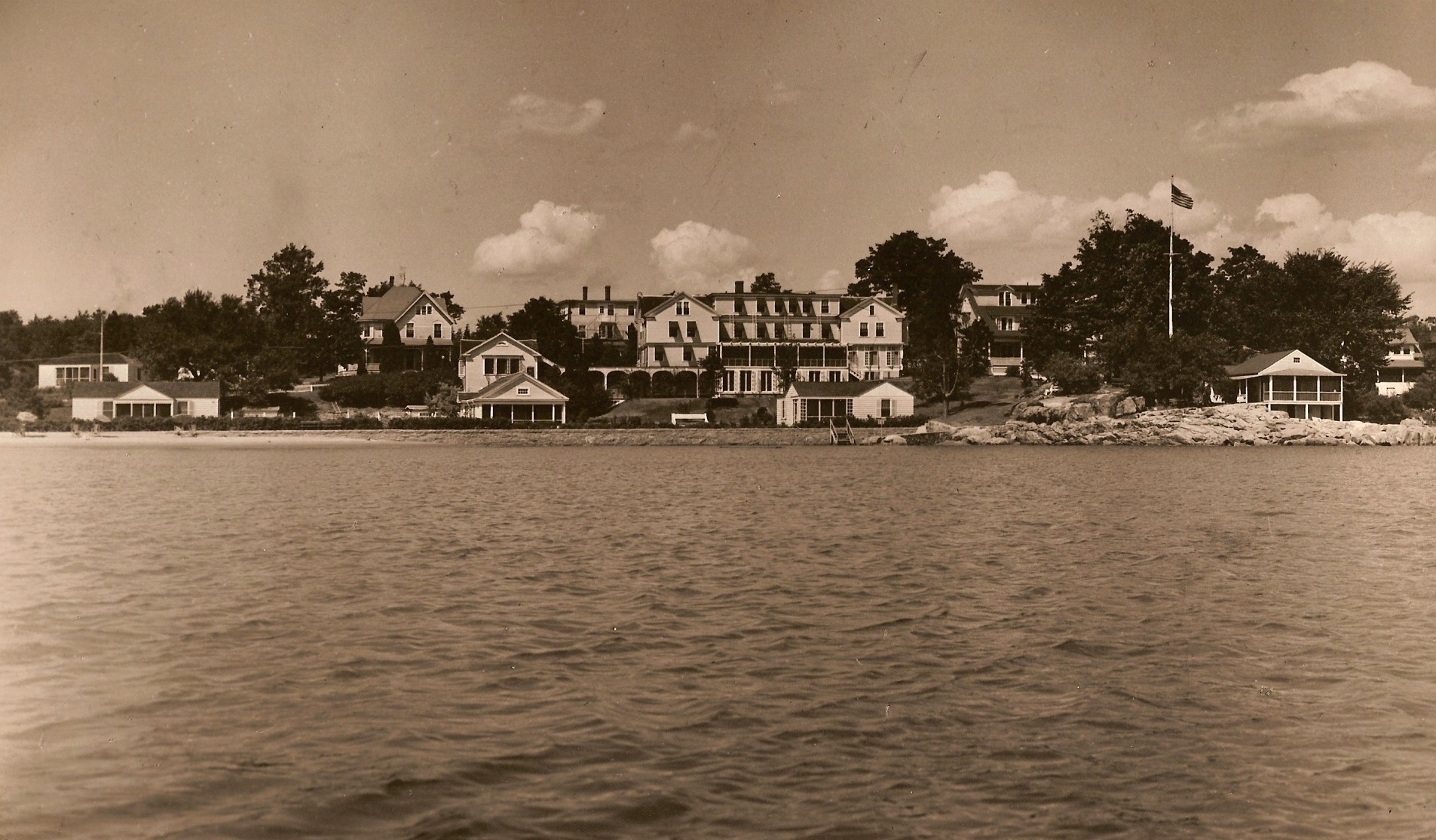 Among the 20 summer hotels that once dotted Branford’s shore was the Sheldon House. It stood on the bluff between the Pine Orchard Club and Thimble Farms Road with a magnificent view of the Thimble Islands. The hotel was started as a boarding house by Jerry Sheldon and his wife Caty Lanphier of Branford. It became well known and was enlarged by their son Truman who ran the hotel until 1885. Truman’s wife Almira was fondly called “Mother Sheldon” because of her hospitality and fine cooking.

Edward and George Sheldon, sons of Truman and Almira, continued the family tradition and ran the successful Sheldon House until their retirement in 1910. During the summer months the newspaper would list the many guests from far and wide that came to stay at the Sheldon House. The hotel was purchased from the Sheldon brothers by H. MacDonald Allen who was a popular host. He made many improvements to the hotel and it was known as a place of fine dining which served French cuisine.

Upon Allen’s death in 1930 the complex was purchased by the A.M. Young Company of Pine Orchard and managed by Carl Graves for many years. By this time the hotel could accommodate 100 guests in its many buildings. There was the main house, an annex, two large cottages, two garages and eight bungalows. During this later period the hotel encouraged families to stay in the bungalows and even had movies in the evening for the children in the “What Not” cottage.

After World War II the summer hotel era in Branford was coming to a close but the Sheldon House remained open longer than most. In 1960 it closed its doors after 119 years of continuous operation and the five acres with 500 feet of waterfront was sold to a developer. The entire complex was torn down to make way for new housing except for one bungalow that still stands today on the site.