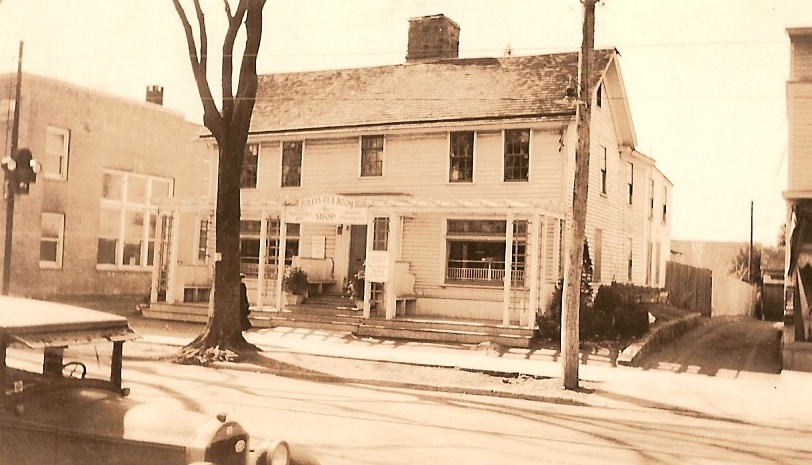 One of Branford’s favorite stores was Polly’s Tea Room on Main Street. Olive “Polly” Barker was born in 1887 in Mill Plain, the second of four daughters to Llewellyn and Della (Thompson) Barker. She opened her tea room in 1915 at the Hosley Block and in 1920 married Clifford Morton of Branford.

Polly’s Tea Room was a scheduled stop on the trolley line and for the many automobile parties that were popular at the time. She served sandwiches, tea cakes and beverages. A special attraction was a talking parrot. In 1917 the tea room moved to the Farrington Harrison House at 960 Main Street and eventually occupied the entire building. This house was built in about 1800 and was later used as Branford’s first Community House. The building had low ceilings and several old fireplaces that lent to the atmosphere of her luncheonette. She sold crafts and greeting cards upstairs and always made up the difference if a child was buying a gift and was a few cents short. In addition to members of the Barker and Morton families, Evelyn Harrison and Kathleen Mitchell worked for her for many years.

Polly moved her tea room to her newly constructed house at 226 East Main Street in 1936 and remained open until 1944. The Harrison House site was briefly the Althea Tea Room & Shop and this building was torn down in 1952. Olive “Polly” Morton died in 1977 at the age of 90 and is buried at Center Cemetery.