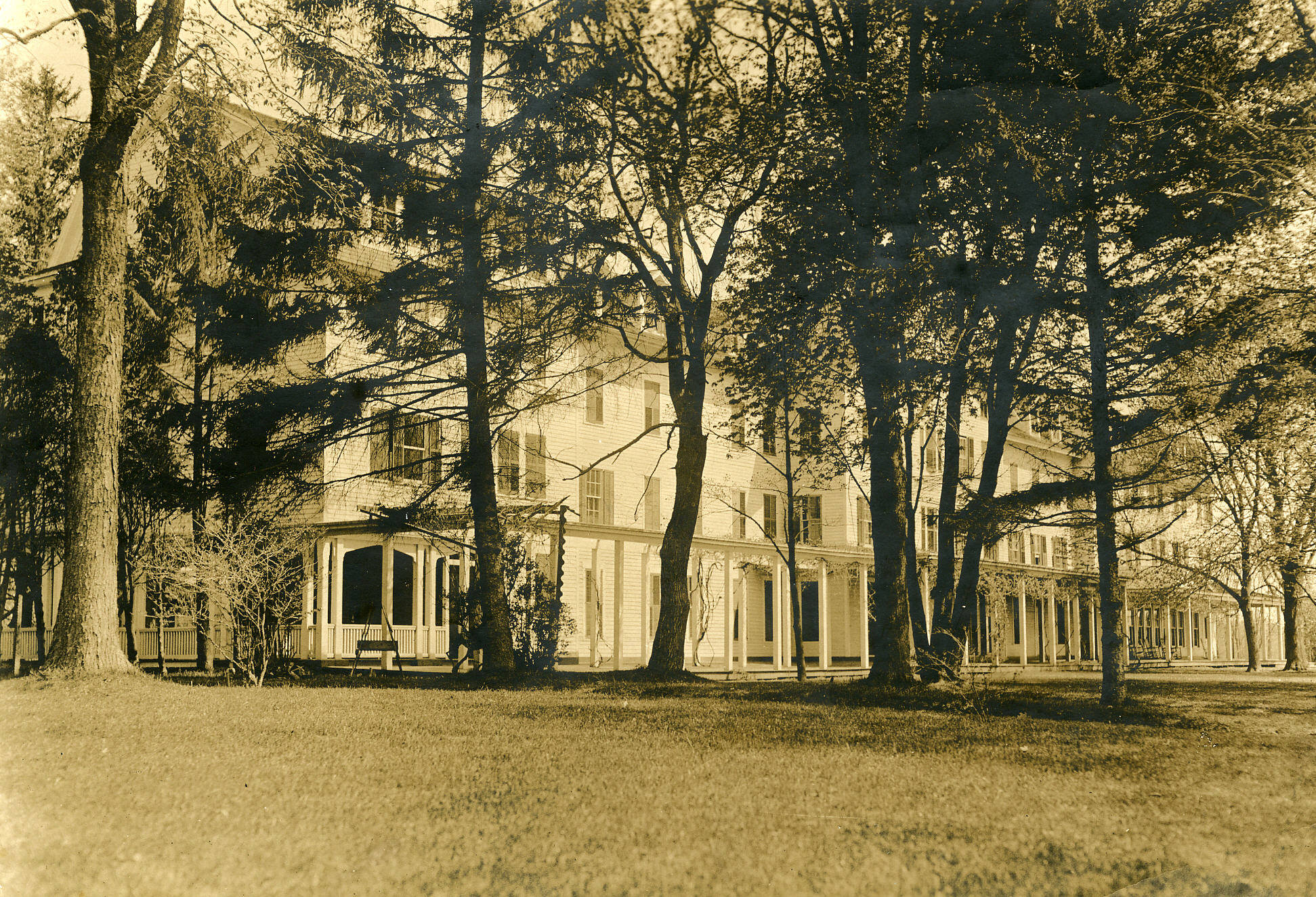 Opened in 1867 by William Bryan, the Montowese House was a very popular destination and included stables, a pier, tennis courts, a summer theater and bath houses on the beach. Many notable people visited the Montowese, including Mark Twain, Dean Acheson, Dorothy Parker, Thorne Smith, James Sherman (Vice President to William Howard Taft) and Agnes DeMille. Four generations of the Bryan family ran the hotel before it closed in 1963. The Montowese was sold at auction and demolished in 1965.