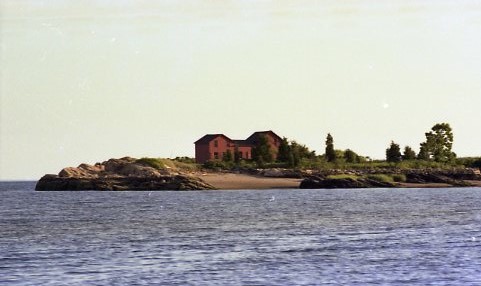 Kelseys Island was long known as Darrow or Darrows Island and owned by Richard Darrow of Branford, later of East Haven. It is situated at the mouth of the Farm River between Branford and East Haven. Between it and the mainland of Short Beach is a waterway long know as “The Gut.” The Kelsey family of Clinton purchased the island shortly after the Civil War and used it for pastureland, a fish fertilizer factory, and for the last 100 years for small summer cottages.