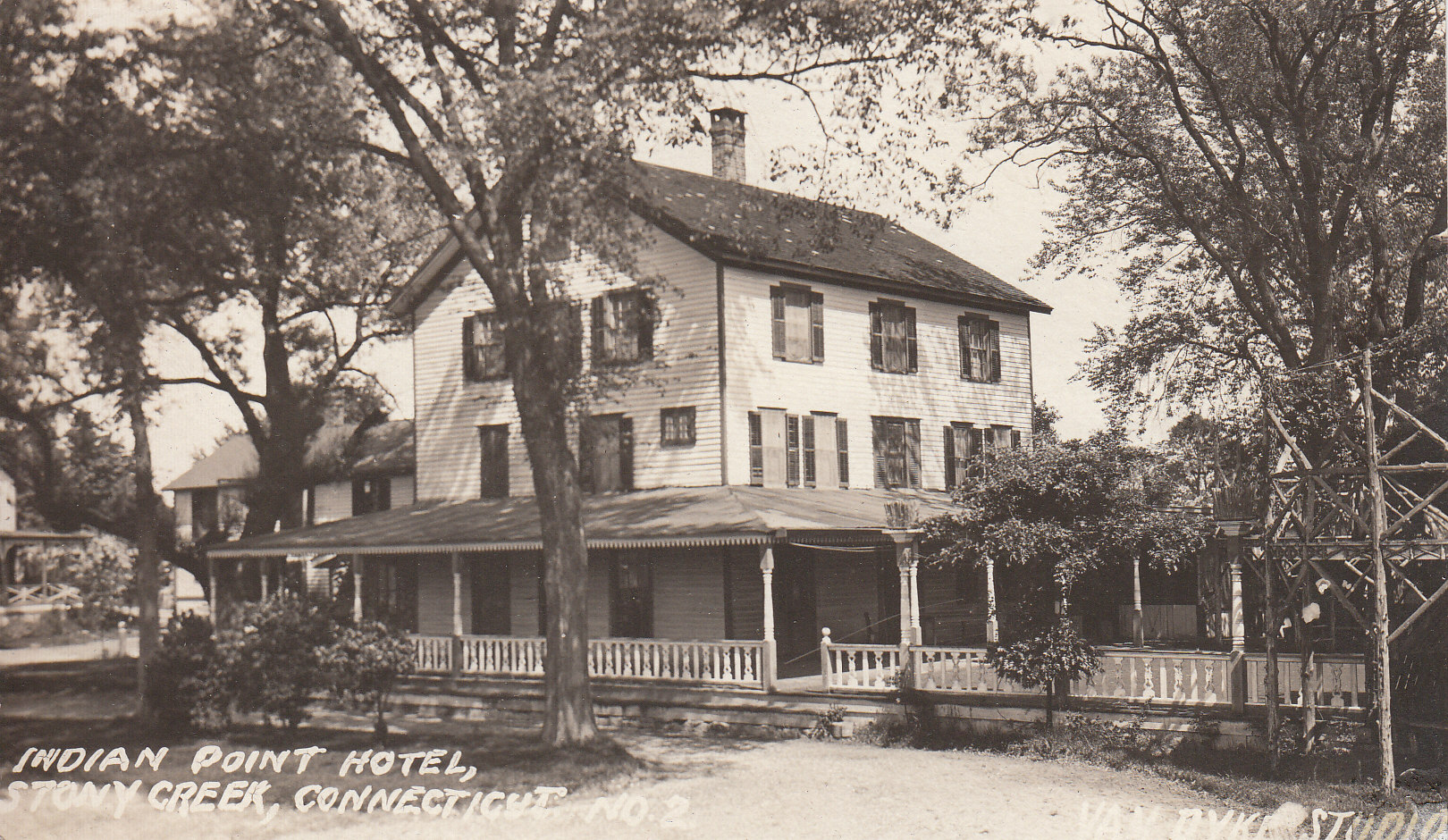 The most well known of Stony Creek’s summer hotels was the Indian Point House. Ebenezer Coe built the hotel in 1854 and he was succeeded by his daughter Martha Maynard and granddaughter Alice and her husband Charles Madiera. The hotel was noted for its oysters and clam bakes, beautiful views, tennis courts and croquet. After 90 years of operation the hotel burned in 1964.