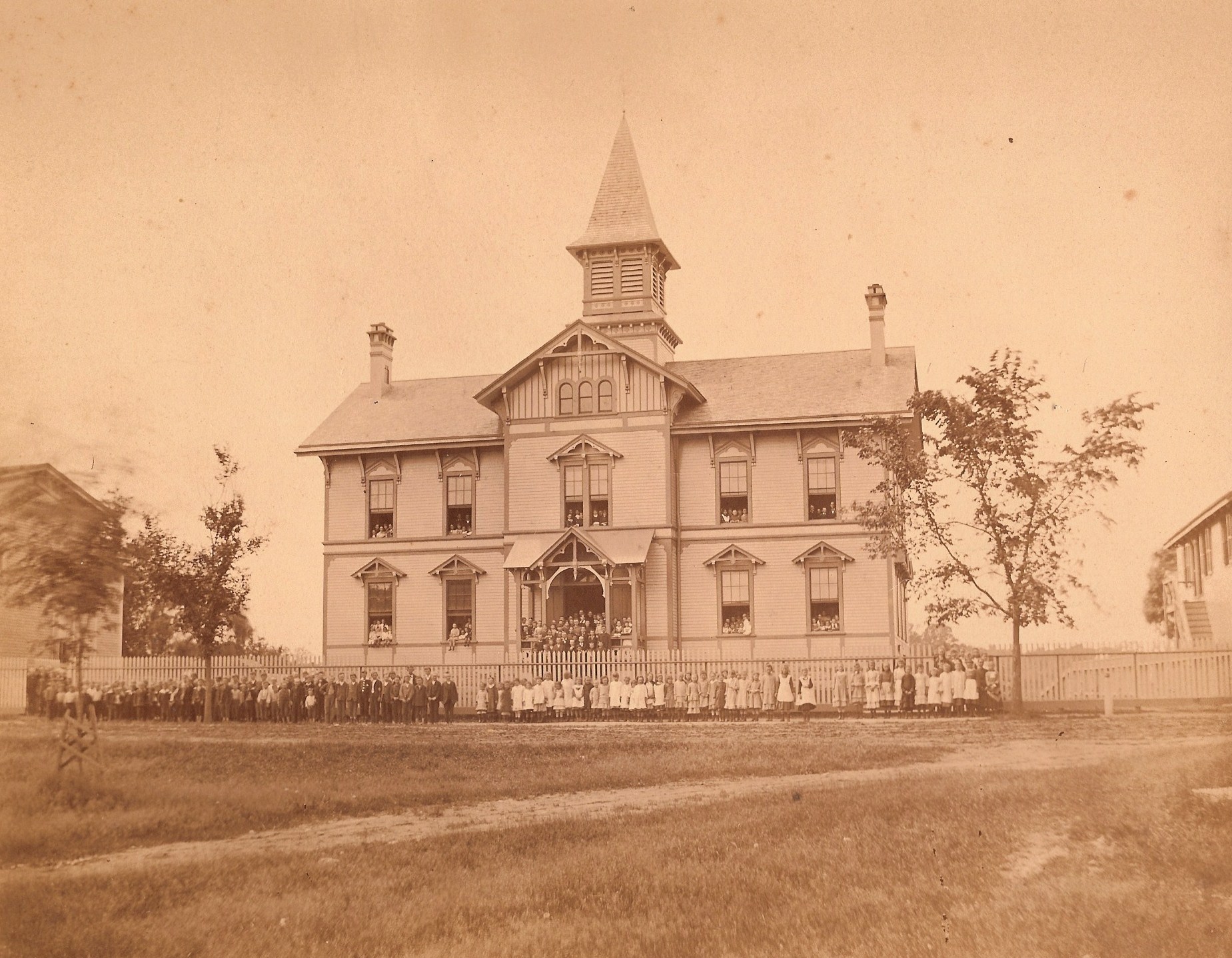 Branford’s first high school was originally an ungraded school on Main Street at the corner of present day Harrison Avenue and was called “Center School”.  It was built during the Civil War for $800 and was a small two story structure. In 1879 it became the high school and was enlarged to 35 X 75 feet by contractor Richard Bradley. East and west wings were added to the building in 1881. This structure was used as the high school for 16 years and later served as an elementary school. The steeple blew off during the ’38 hurricane forcing the school to close. The building was torn down in 1940 and was replaced by the brick Frontier building which still stands today.

The need for a larger high school was realized in the late 19th century due to the growing immigrant population seeking employment at the Malleable Iron Fittings Company or the Branford Lock Works. In 1894 a building lot on Laurel Street was purchased from John Eades for $1,400. The school was designed by architect John H. Edelmann and built by Joseph N. Graveline for $22,000. The school was originally 4 rooms and two temporary rooms were added to the rear of the structure in 1948 and remain to this day.