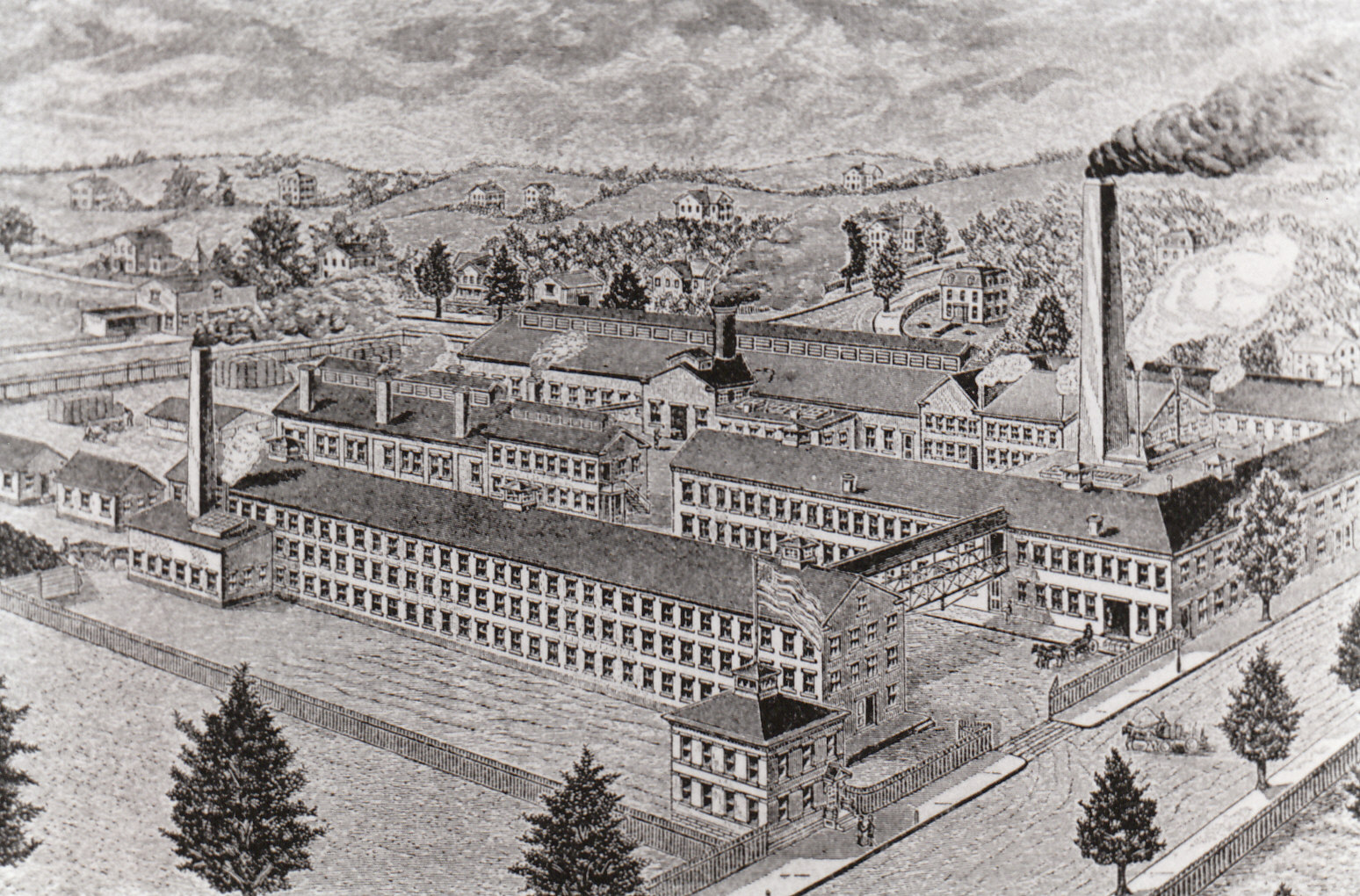 In 1809 Orrin D. Squire bought land on Main Street east of the green at the foot of the hill for his blacksmith shop. Lorin D. Hosley and Daniel Nichols joined him in manufacturing Franklin stoves. In 1852 Levi Parsons, Lyman Squire and William Kirkham established a lock business at the site when the stove business failed and called it the Squire and Parsons Manufacturing Company.

Thomas Kennedy, a lockmaker from New York purchased the company in 1862 and brought with him skilled labor. He used modern equipment for making locks much of it his own invention. He incorporated the Branford Lock Works in 1865 and was president of the company until his death in 1880. The business flourished under Kennedy’s management. The plant was expanded on five acres, was the town’s largest employer of 500 people and produced 500 dozen items per day. The faculty consumed five tons of iron, brass and nickel daily. Many of Branford’s Irish families came to Branford to work at the Lock Shop.

The Branford Lock Works made many types of door and window hardware from a simple ceramic knob to very ornate locks. Many homes built in Branford in the late 20th century were equipped with fixtures from the Lock Works but the products were also sold nationwide. There were two separate operations for making knobs and locks, each housed in separate buildings. The knob shop was located where Svea Avenue is today and was destroyed by fire in 1899. The lock factory was located in a large building at Main and Ivy Streets and two rear buildings housed the iron and brass foundries.

In 1894 the Branford Lock Works was purchased by Yale and Towne Company. A strike in 1910 forced the plant to close and the operation was moved to Stamford. The complex was bought by the Rosenthal family in the 1920s and became known as the Rosenthal Block. The main building burned in 1979, but three small buildings associated with the Branford Lock Works remain on the site today.