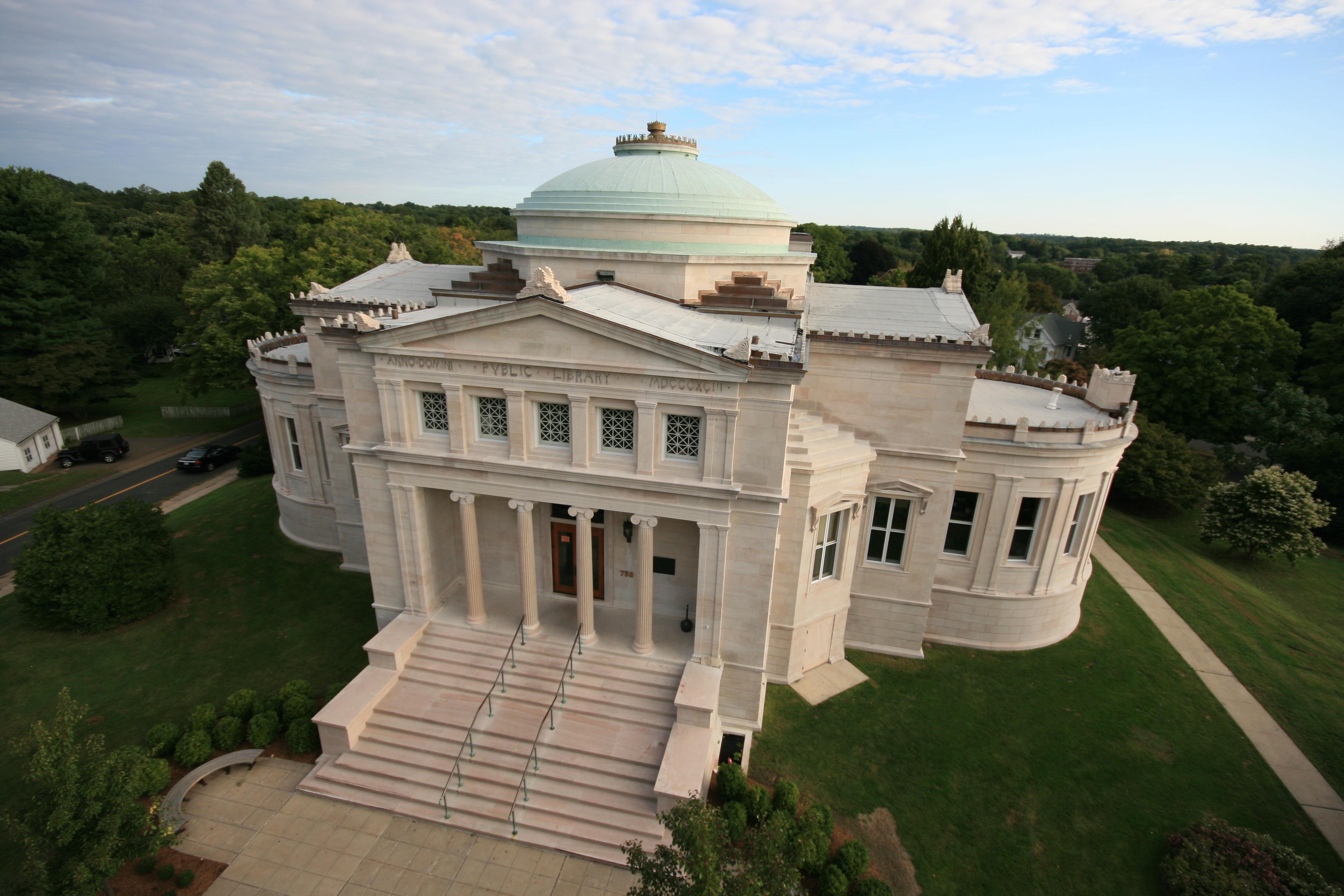 The James Blackstone Memorial Library was given to Branford by Timothy B. Blackstone in memory of his father, who was born in Branford in 1793.

Timothy Beach Blackstone, born in Branford in 1829, devoted a lifelong career to railroad service. Moving from New England to Illinois in 1851, he was associated with the Illinois Central, Joliet & Chicago, and, from 1864-1899 the Chicago & Alton Railroad as its president. He died in Chicago in 1900.

For three years the project was under construction and plans were made. In accordance with Mr. Blackstone’s wishes, a special charter was obtained from the Connecticut Legislature, vesting control of the library in a self-perpetuating board of trustees consisting of six residents of Branford and the librarian of Yale University. The act of incorporation of the James Blackstone Memorial Library Association was approved by the governor on March 23, 1893, and construction began that year.

Architect Solon S. Beman of Chicago, in making plans for the building, chose the Ionic columns in the portico, the marble doorways, and the egg and dart molding in evidence everywhere, which are taken from the Erechtheum on the Acropolis in Athens. For additional information on the building itself, read “Description of Branford Library Building” written by the architect and an article on the library’s bronze doors.

The white marble used for the exterior of the building came from eastern Tennessee and is unusually durable. The pink and gray marble used in the interior also came from Tennessee.

Mr. Grover also painted the medallion portraits of Bryant, Emerson, Hawthorne, Longfellow, Whittier, Holmes, Lowell, and Stowe that are placed in the marble spandrels between the arches. The height of the dome from the main floor is 50 feet.

The rooms on the upper floor once held displays of historical items until 1996, when they were repurposed for children’s space.  Many of the items previously housed there are located at the Branford Historical Society and the bird collection can be found in Westport at Earthplace, The Nature Discovery Center. The arrowhead collection is still displayed at the library, in the Lucy T. Hammer Room.

The library began a yearlong renovation project in January 2018. An addition with a terrace was completed in September and interior renovations are underway to create a new space for the adult fiction collection and to create a new children’s and teen space. Administrative offices, a new computer lab and conference room were the first spaces to be completed on the top floor.