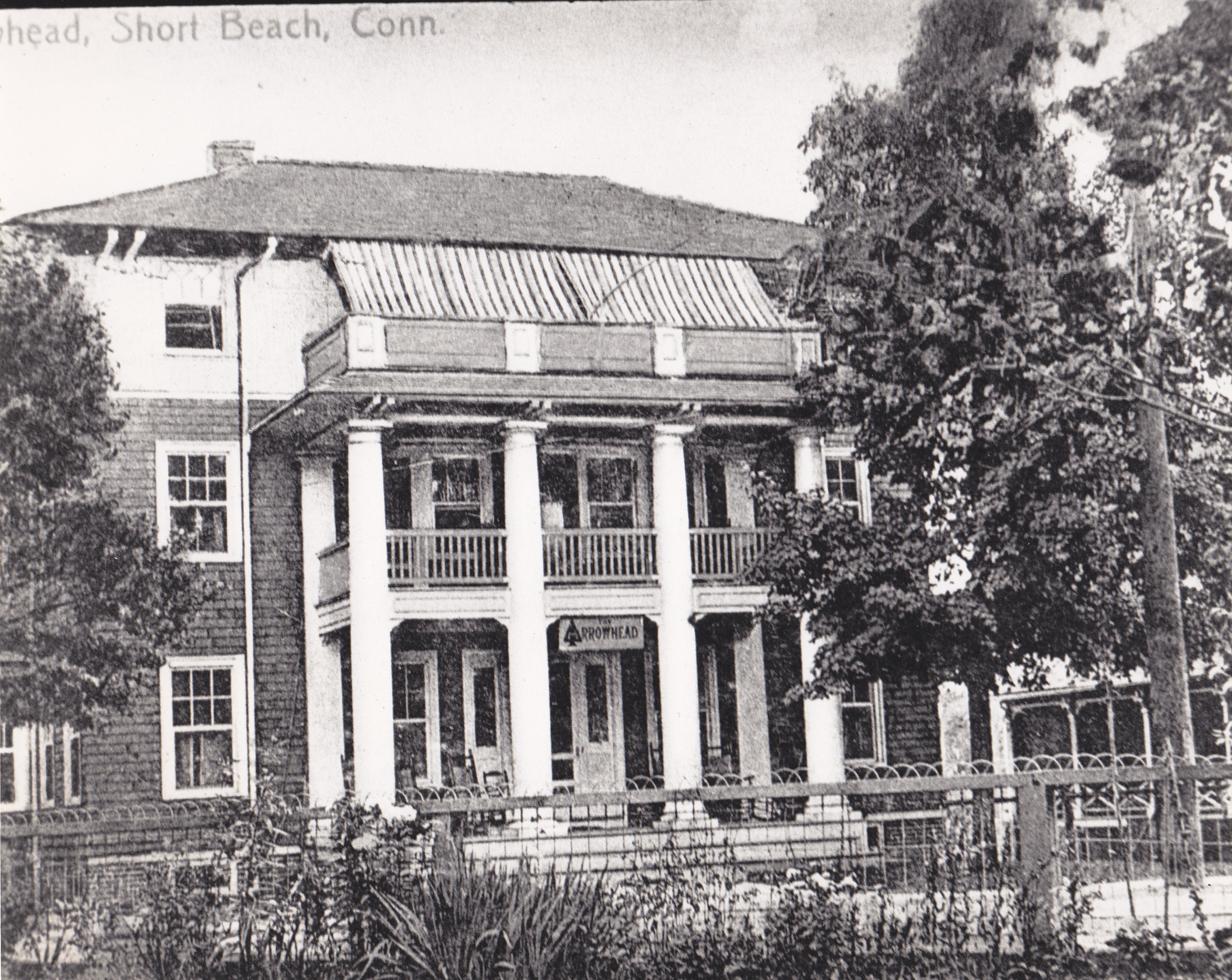 During the early 1900s Short Beach was a popular summer resort colony with many cottages along its shore. Emma Treat Beers originally from Orange, Connecticut spent many summers at Short Beach and arranged the rental of over a dozen cottages among them the Cushman House and “The Moorings” on Main Street. She was very popular as a hostess and agent and in 1912 purchased property near Pentacost Street for a new hotel to be built by Chidsey Brothers of East Haven.

The “Arrowhead” opened Memorial Day 1912 and was equipped with modern steam heat making it the only year round hotel in Short Beach. The name was suggested by the poet Ella Wheeler Wilcox after several arrowheads were found during excavation. The hotel had 30 guest rooms and every evening dances were held in the Assembly Room. Jane May Beers, daughter of Emma, was a dance instructor and many of the young people in Branford took lessons at the Arrowhead. The hotel soon became the social center of the village where many community functions were held.

Many guests returned year after year and included some well known people such as Greta Garbo, Walter Winchell, Harold Stassen and Sinclair Lewis. Excellent food was served and the hotel offered swimming and boating nearby.

The Arrowhead did not survive the Depression and Mrs. Beers sold the hotel in 1933 retiring at the age of 83. She died at her year round home on Greyledge Road in 1939. Her daughter Jane May Beers remained at the homestead until her death in 1967 at the age of 89. For nearly 50 years the old hotel has been managed by the Owens family as an apartment building and is still known today as the Arrowhead.