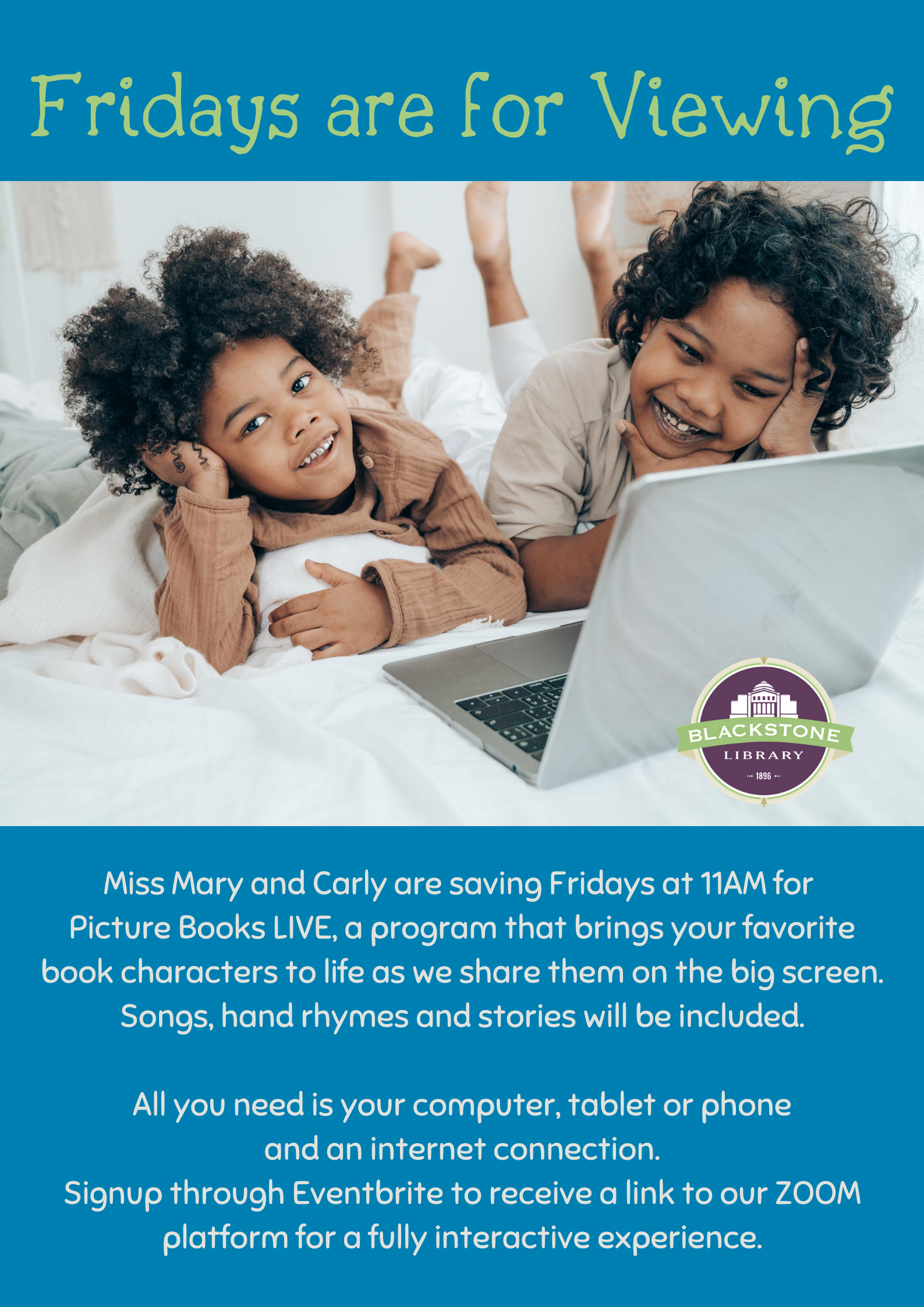 Picture Books LIVE: A Shared Viewing Event (for ages 5 and under)

Sign up happens here. Once registered you will receive an email around 10:30AM the morning of the event with our ZOOM meeting number and password to gain access to our virtual reading and watching.

Please know that we are looking forward to sharing some of our favorite picture books with you.

First Friday of the month

Don’t let social distancing prevent you from discussing a great book with your neighbors! Download The Gran Tour by Ben Aitken on Hoopla (free with your Blackstone Library card), then meet up with us via zoom for a live book discussion on July 2nd.

When Ben Aitken- a millennial Bill Bryson- learnt that his gran had enjoyed a four-night holiday including four three-course dinners, four cooked breakfasts, four games of bingo, a pair of excursions, sixteen pints of lager and luxury return coach travel, all for a hundred pounds, he thought, that’s the life, and signed himself up. Six times over.

Good value aside, what Ben was really after was the company of his elders – those with more chapters under their belt, with the wisdom granted by experience, the candour gifted by time, and the hard-earned ability to live each day like it’s nearly their last.

A series of coach holidays ensued – from Scarborough to St Ives, Killarney to Lake Como – during which Ben attempts to shake off his thirty-something blues by getting old as soon as possible.

Registration is required to receive a link to this online event. Click here to register.

Join us for a night of silly online games with some fun, laid-back people, without having to leave the house! Get all the info you need and RSVP here on our Meetup page. Adults of all experience levels are welcome.