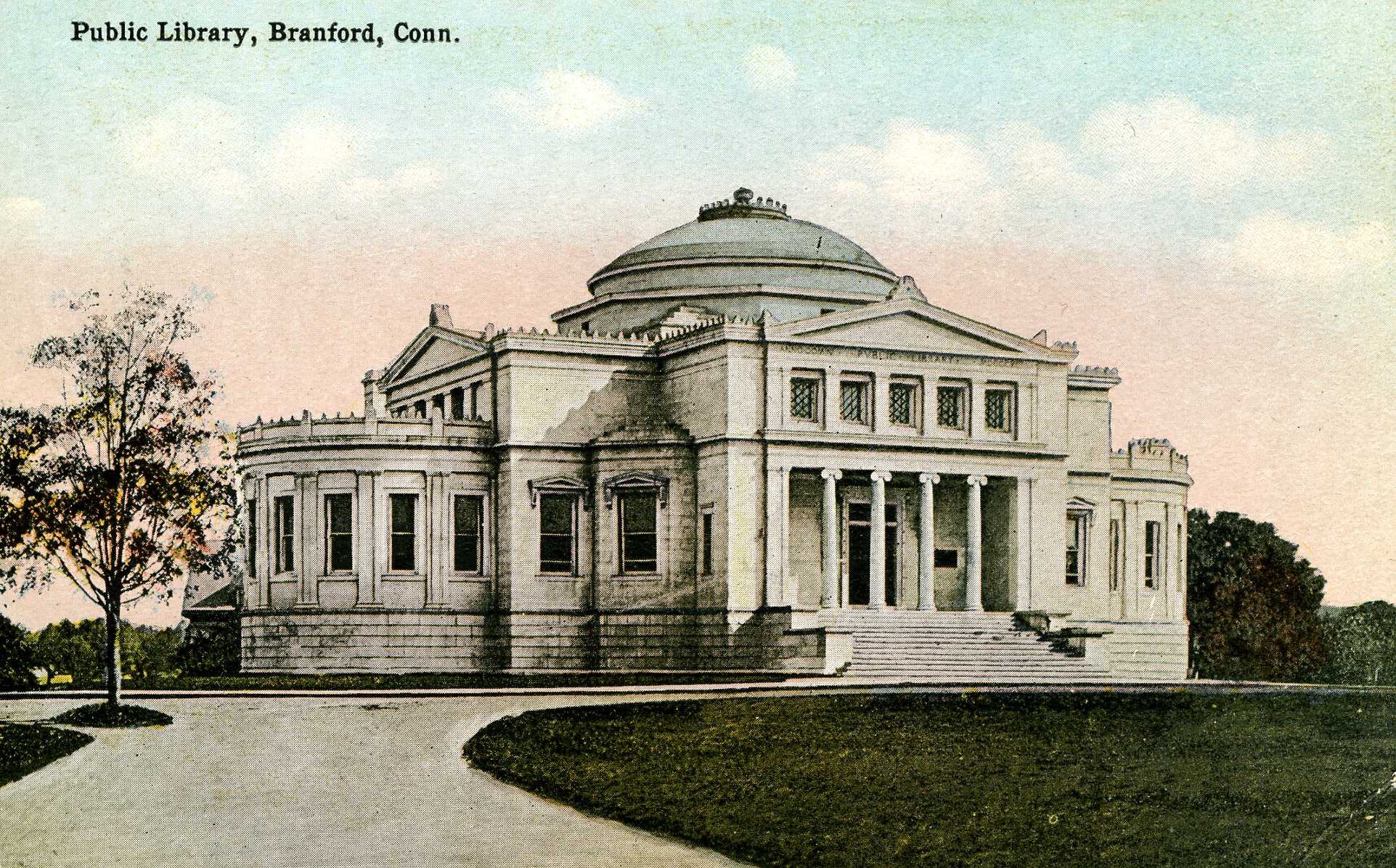 The first head librarian at the library was Arthur Wellington Tyler, who served in that role from June 1896 to April 1898. He lectured at the library in the years following his time as library director. He was born in Pittsfield, Massachusetts in 1842, attended Amherst College and was a journalist and newspaper editor before becoming assistant and then second librarian at the Astor Library in New York City. He was head librarian at the Indianapolis Library and worked at libraries in Kansas and New Jersey. He was dean of the faculty at Teachers College in New York City, then worked in Illinois, at Columbia University and in Delaware. After his time in Branford, he traveled extensively in Europe and was then assistant librarian of the public library in Washington, D.C. He died in March 1906. (From The Tyler Genealogy, by Willard I. Tyler Brigham)